Superconductivity is a remarkable phenomenon. At a relatively low temperature, a material can become superconducting, that is, convey electrical current without resistance and exhibit quantum properties on a macroscopic scale. What would revolutionize the world of technology is a material that becomes superconducting at room temperature. IQ is participating actively in this global effort by developing computing and mathematical tools that will help achieve this goal.

Several mathematical and numerical methods are being developed around the world to give us the tools to predict from the first principles whether a given material can become superconducting. Dr. Reza Nourafkan, a IQ research professional, in collaboration with Prof. Tremblay and prof. G. Kotliar of Rutgers, has done the most detailed calculation so far to understand the superconductivity of iron-based superconducting materials. The type of superconductivity present in this material is subtle: Superconductivity is usually caused by an effective attraction between electrons caused by the delayed effect of the vibrations of atoms around their equilibrium position. But materials that become superconducting at the highest temperatures (such as iron-based superconductors) are materials where there is a clear repulsion between the electrons, not an attraction. The presence of repulsion is evident by the proximity of insulating states. The detailed and unprecedented agreement obtained with experiments suggests that we now have the tools to understand this class of materials. 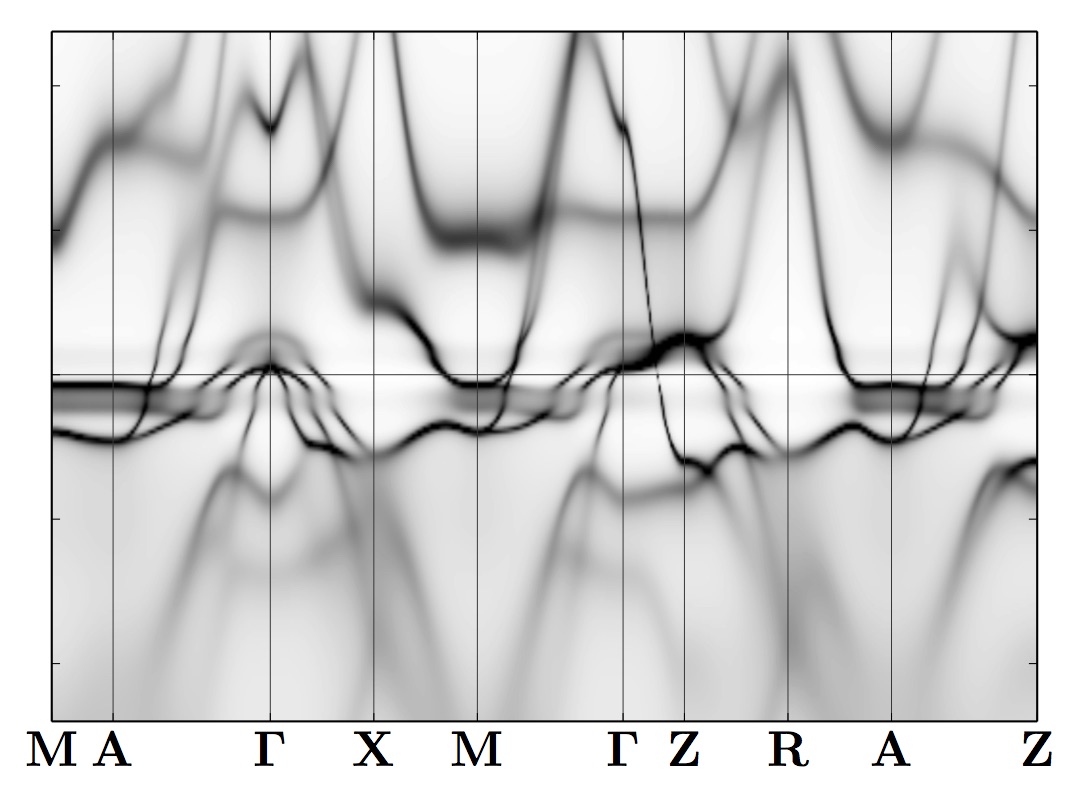 Figure Legend : Plot of the interacting electron states that enter the calculation for the iron-based superconductor LiFeAs. In the absence of interactions, the relation between energy, on the vertical axis, and momentum, on the horizontal axis, is unique, so this plot would contain only full lines. In the presence of interactions, at a given momentum there is a width in energy. The probability that an electron of a given momentum has a given energy is thus represented by the intensity of the grey scale.

Link to the article