The essential link between theoretical and experimental physics

Born in Sherbrooke, Samuel has been involved in the region’s musical community for a long time. Clarinetist in the Ensemble à Vents de Magog for several years, he also wishes to contribute to the emergence of new talents by being a member of the board of directors of the musical ensemble Les Stentors.

At the Institut quantique, Samuel has participated in the student committee for hiring new professors and has also actively participated in numerous conferences (Laboratoire International Associé, Canadian Graduate Quantum Conference).

When he began his bachelor’s degree in physics his objective was to work in the field of medical physics. However, an internship with Pr Alexandre Blais introduced him to the world of theoretical quantum physics. This new interest then led him to do a master’s degree in the same group. “My internship in Alexandre’s group hooked me. Doing a Master’s thesis in his group was the logical next step forward. For the Ph.D., I thought it was important to change my perspective. I was looking for a project at the interface between the two main research areas of the Department of Physics at the Université de Sherbrooke: quantum information and condensed matter physics. Professor Ion Garate’s research on topological materials and his interest in research at the interface of different fields attracted me. I couldn’t have found a better research environment than the Quantum Institute.”

For Samuel, the links between theoretical and experimental physics are essential. “It is important that my projects have a link with experimental physics. Often, the theories developed are used to explain misunderstood measurements or to propose new ones. In the case of my doctoral project, I had the opportunity to collaborate with two students from Michel Pioro-Ladrière’s group.” He has taken the opportunity presented to him through the call for projects of the Institut Quantique, twice as co-director of a project with Julien Camirand Lemyre. “The fact that students can submit a project is remarkable. My doctoral project would have been completely different without this possibility. This allowed me to work as a team with Sara Turcotte and Julien Camirand Lemyre, who have a different physics experience than I do, to help them plan the creation of a sample to observe Majorana modes. These modes could potentially be used to protect information during quantum computation due to their outstanding topological properties. Our project focused on the development of original approaches to Majorana mode engineering. We have written two collaborative scientific articles on this subject.”

His experience at the Master’s level was of great benefit to him during his Ph.D., showing the usefulness of a fresh perspective on a subject. “Usually, Majorana modes appear in materials with a strong spin-orbit coupling. An alternative proposal is to use a magnetic field texture generated by micro-magnets. However, with this approach, different experimental constraints make it difficult to reach the topological phase necessary for the appearance of majoranas. One part of my thesis was therefore to develop a new digital tool, inspired by my previous work on pulse engineering in Alexandre Blais’ group. This new method optimizes the position of the magnets and creates the magnetic texture that results in the most robust Majorana modes possible. More specifically, we have shown with this optimization algorithm that inhomogeneities can increase the robustness of modes, contrary to popular belief.”

His thesis supervisor, Professor Ion Garate, comments on Samuel’s work as follows: “In his thesis, Samuel made remarkable scientific contributions to the interface between quantum materials and quantum computing. These contributions were made possible in part through productive scientific interactions with the teams of Alexandre Blais and Michel Pioro-Ladrière. In particular, Samuel’s algorithm for optimizing Majorana devices is a good example of the confluence of ideas between these two domains.”

On his way to California

The next step for Samuel is a postdoctoral fellowship in the Station Q group of Microsoft Research on the campus of the University of Santa Barbara in California. The warmer weather and the sun are not the only reasons for his departure to the other end of the continent. “This is one of the theoretical groups at the forefront of the development of topological quantum computing. In addition, several researchers are still associated with the university, even if they work directly for Microsoft. Working in this group will allow me to see both sides of the coin; I will continue to do academic research, but in an industrial context. They collaborate with several groups in experimental physics, another strength of their group.”

In the long term, Samuel would like to come back to Sherbrooke if the opportunity comes up. We also hope to see him here again and wish him the best of luck in his future career! 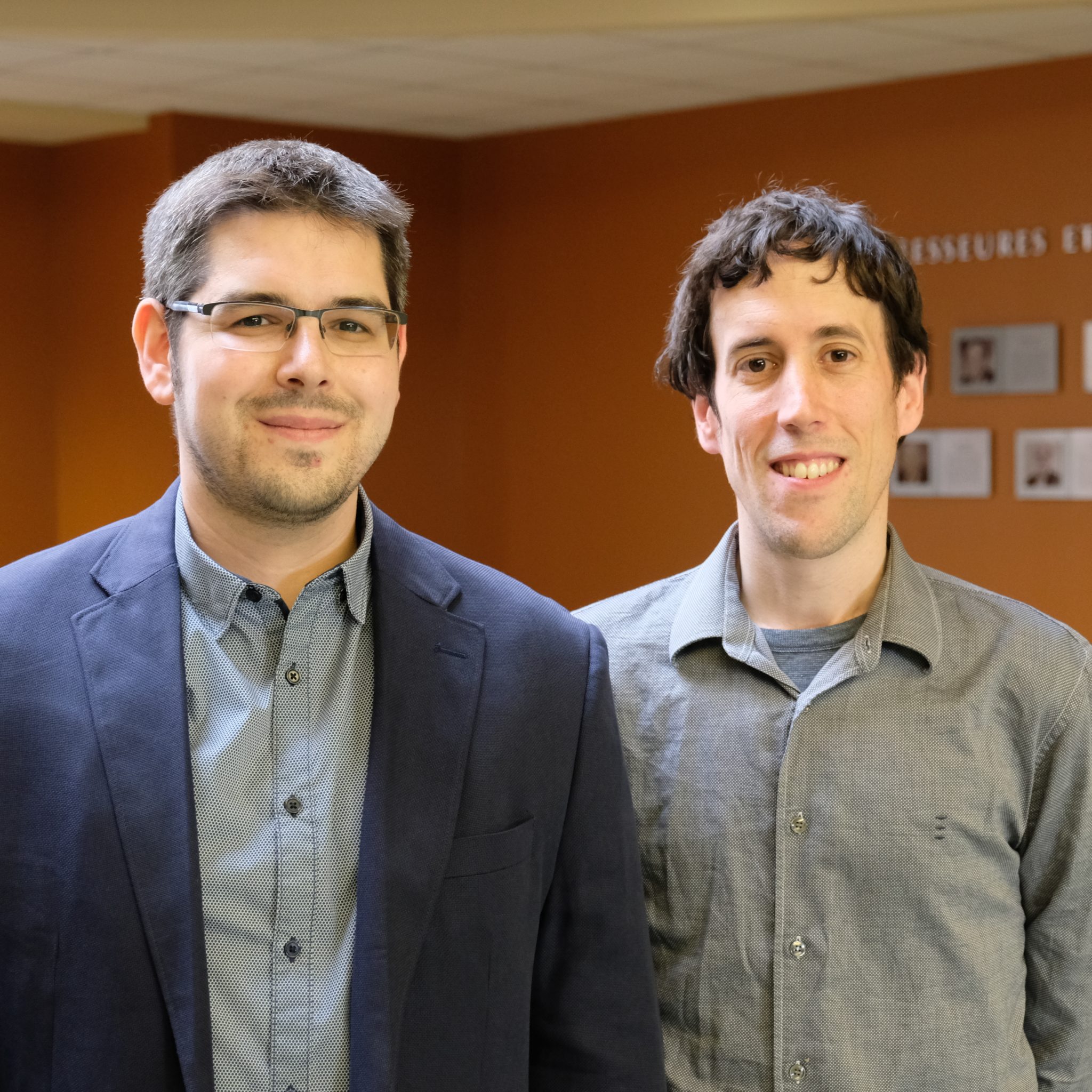